I always liked the (apparently apocryphal) story of an English king with a stutter accidentally calling what was previously known as a “flutter by” a “butterfly”, and everyone else following suit so as not to embarrass the monarch. Based on some googling, it appears they’ve actually been called butterflies for some mysterious reason that reaches far back into the murky parts of language history. But I’ll stick with my stuttering king. Whatever you call them, I never get tired of the magic of metamorphosis, and as such I’m on the mailing list of Insect Lore, whose live insect kits are my absolute favorites. We’ve raised many caterpillars (both purchased and found) into butterflies in our butterfly garden, not to mention the generations of spotted lovelies who’ve come through our ladybug land. So when I got an email that it was caterpillar weather and painted ladies were on 2 for 1 special, I got on it. Two cups of teeny caterpillars arrived promptly 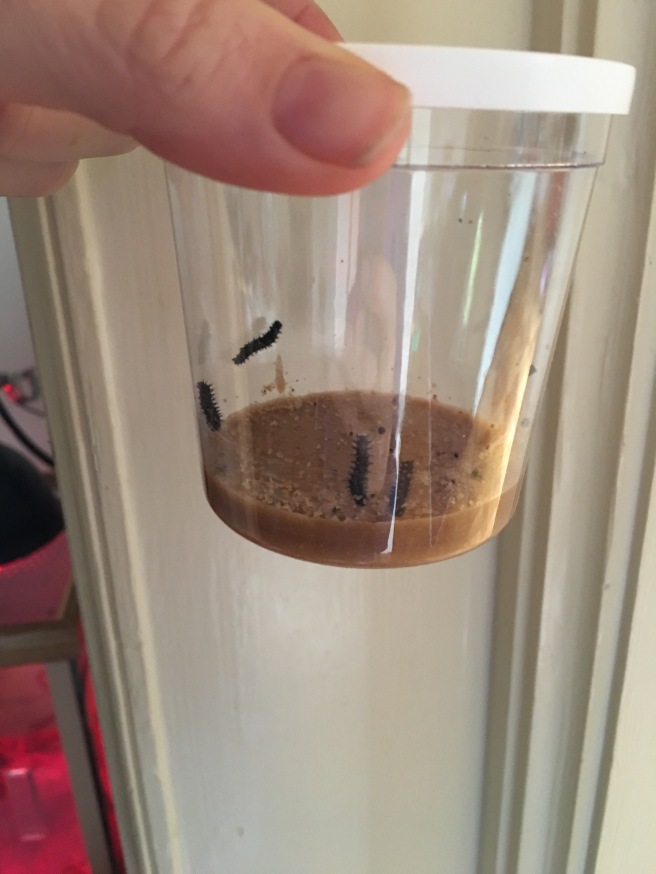 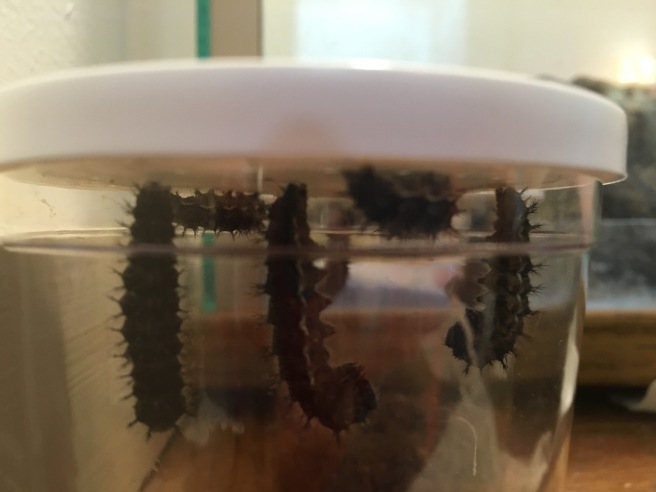 And soon after they had developed their beautiful golden chrysalises 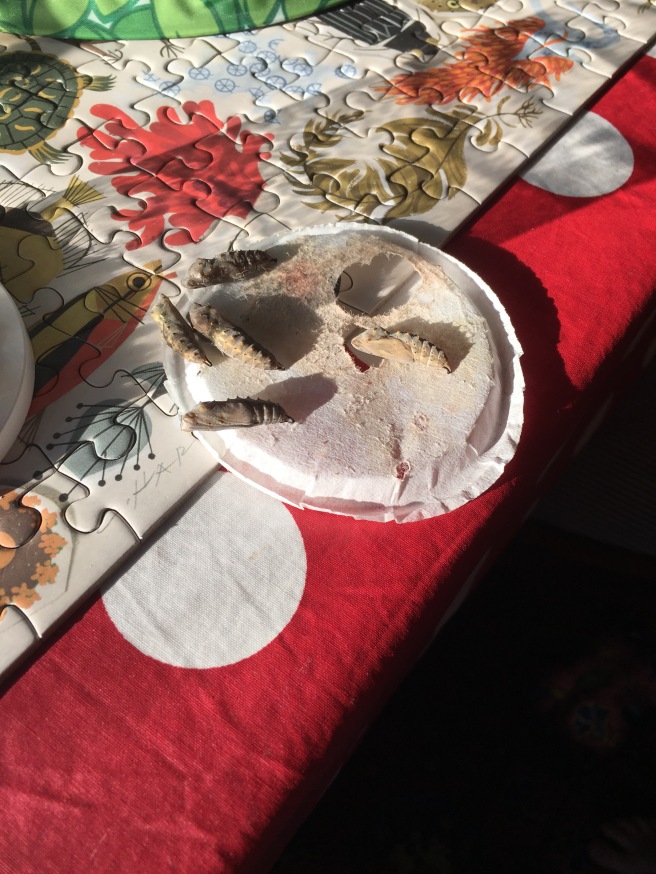 One morning when the kids were at school, I noticed something exciting! 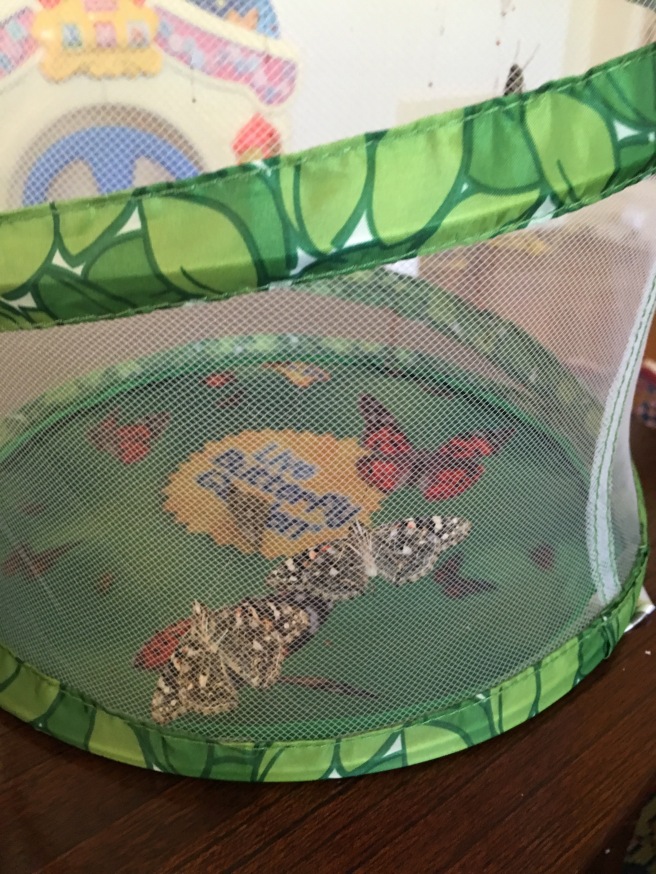 Almost all hatched on the same day. We enjoyed their fluttering for a few days, then released them into our garden 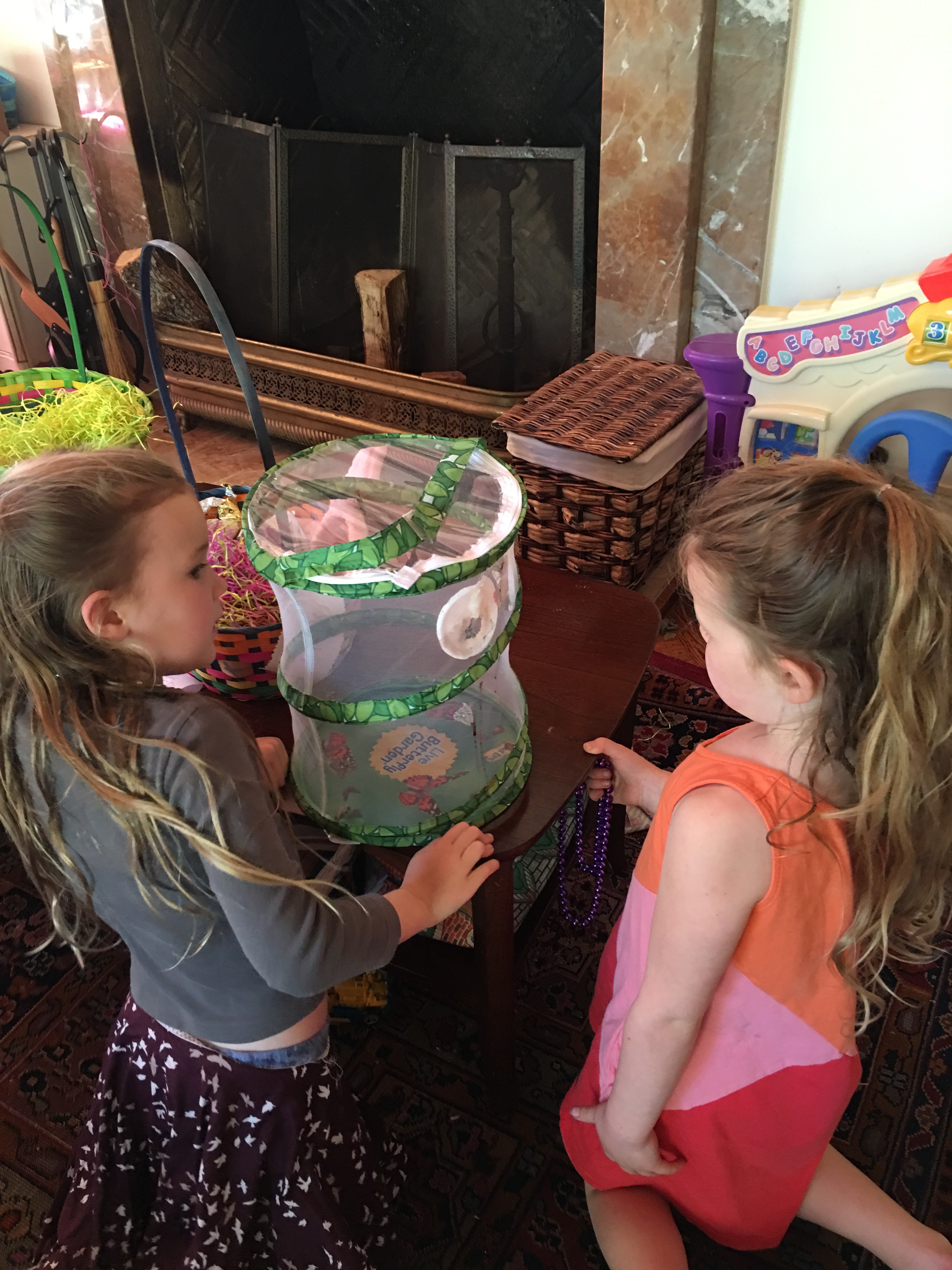 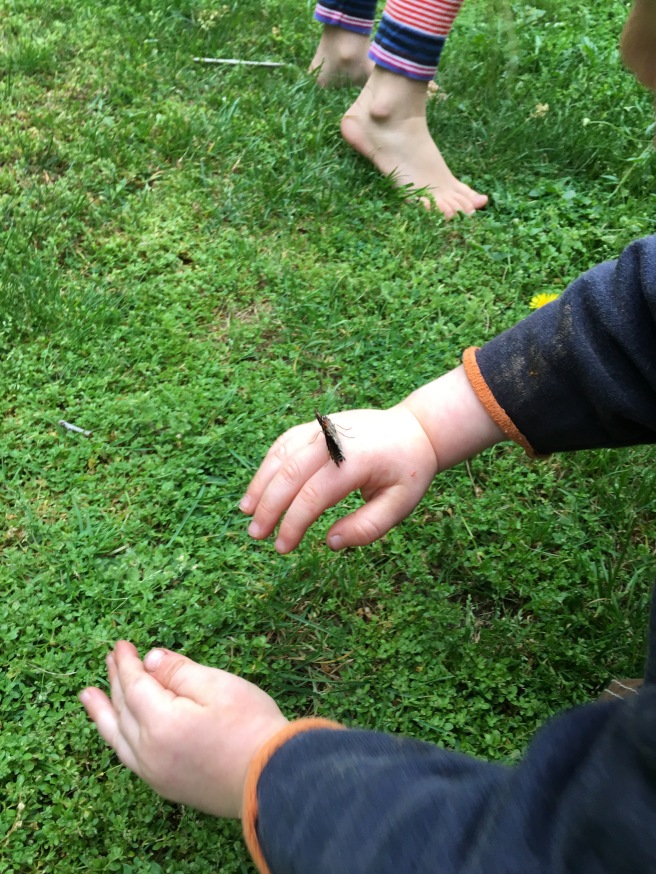 Now what I’ve looked at their website for the links above, I see they have a praying mantis kit… Now I know what’s next!